Postcard from Meg, one of our fave Dot 3 dancers other than Bob. So cool. 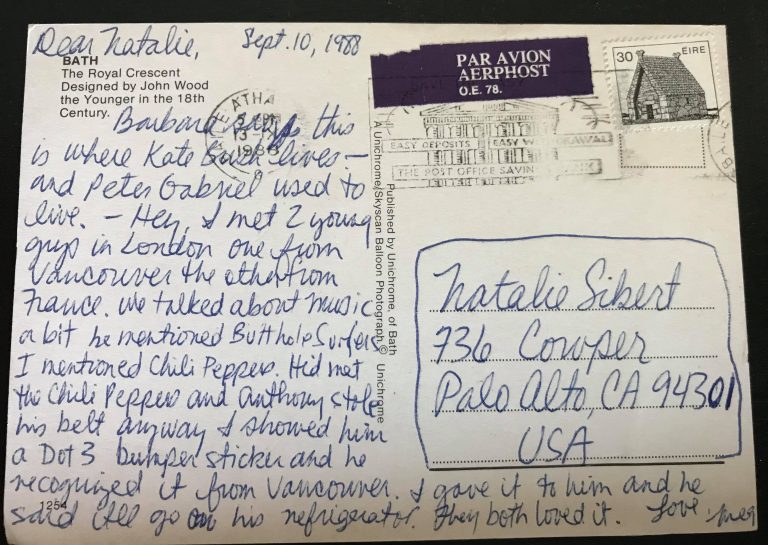 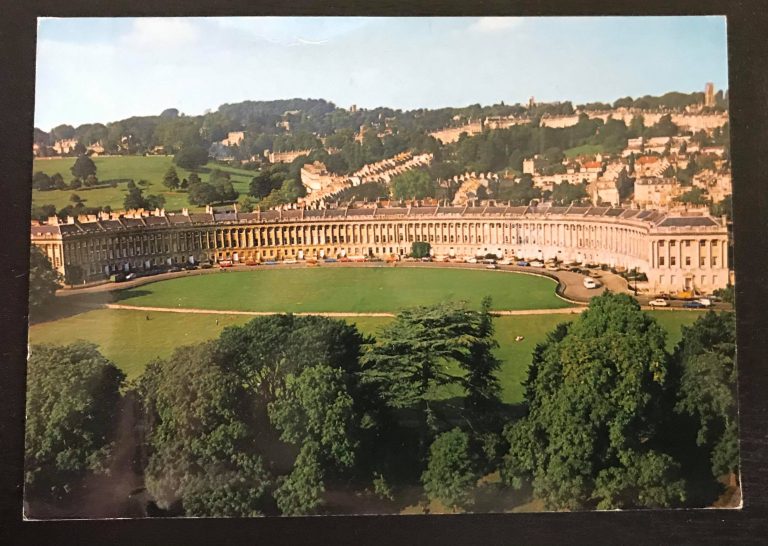 Dot 3 was the band that taught me what it was to seek out and form my own original musical ideas rather than to simply emulate what was done before or even to grab onto contemporary trends. It was about being an artist as much as it was about being a musician, and it instilled in me the desire to keep trying new ideas and new blends of existing ideas. Where studying jazz taught me just how deep musical ideas/theory can go(and I only ever got part way into that cave), Dot 3 taught me how deep musical expression and musical culture can go.

One thing that we always struggled with capturing the sound we made—it was even common for our fans and friends to enjoy our releases, but to comment on how they didn’t quite capture the essence of the live shows. Going back through our releases, I fully concur. It was during this time in my life that I became interested in recording and production. Mark and Mike showed me how to use 2 cassette recorders to make multi-track recordings by bouncing between them, and it wasn’t long before we all had our own little Tascam 4 track recorders. It was our first experience in a ‘real’ recording studio, which was Bruce Tambling’s garage studio in Cupertino or Sunnyvale(those 2 place always seem to bleed into each other in my mind), that I got the recording bug bad. I loved gear, I loved the capturing, and I really loved the mixing. I didn’t know then that I would become an engineer/producer, as I always aimed at my goal of performance first and foremost. I do wish I knew then what I’ve learned over all these decades, as I think I’d know how to capture the beast of Dot 3 now. The last recordings done in ’91 at PLH(Bill ‘Mudboy’  Lackey’s studio) came the closest, and I can really feel Mark’s live vocal delivery especially in ‘Great Big Fish’—some odd mixing choices in there, but hey….  I am still hoping to get digital versions of all the multi-tracks from the songs we recorded at this time—it was a large batch of songs we captured knowing we were breaking up. Only a handful of them got final mixes, and I’d love to have a stab at them especially with today’s technology…. We developed our vocals around our limitations, and so thus we developed the group chanting/shouting, but I’d love to clean up some of our deficiencies(our pitch…lol). The tapes do exist, but of course, it is also possible they have degraded as many of those old tapes have…we’ll see one day, I suppose.

What we do have now are 4 collections of stuff from different time periods. (I have another, perhaps the earliest recording of the band, on the way from CA thanks to Mark’s mom Lani, and I’ll digitize that and put it up soon).

In The DesertThis would have been Dot 3’s first commercial release, cassette only. It is definitely the early sound of the band, which was very centered around the Chapman Stick and stand up drum kit. The horns were a very recent addition to the band as of this recording. It wasn’t too long after this that Mark ditched the Stick, as he just couldn’t get the power he wanted out of it.

Dot 3   Self titled LPThis album was made when Dot 3 was in full gear, and was produced by Pere Ubu guitarist Tom Herman. This is many people’s favorite recording, but for me personally, it my be my least favorite. I guess that’s just a personal thing for me in that it didn’t capture what I’d hoped it would capture, performance wise or sonically.

1989 demoThe first 3 songs on this were recorded and produced by the late Kevin Gilbert. I’m not sure about side 2…maybe someone can fill in that gap. At the time, I really liked the KG recordings for their slickness, but I recall that Mark and Mike may not have fully loved them….listening back, I do hear that again, it didn’t quite capture the raw power.

1991 demo PLH sessionsThese are the recordings we made with Bill ‘Mudboy’ Lackey when we knew the end was near. I think they are the closest to capturing what we sounded like, and I’m hoping to get all the multi-tracks from this session at some point so I can mix them knowing what I know now.

Get updates as they come in.